Law enforcement shootings of unarmed men of color are an epidemic in this country. And today, we address yet another one.

On October 5, 2020, Napa County Sheriff’s Sergeant David Ackman pulled over Juan Garcia’s vehicle because Juan was driving with his headlights off, a minor vehicle infraction. Immediately upon exiting his patrol vehicle, Ackman pointed his gun at Juan, who was still in his car. Juan got out of his car, and Ackman could see Juan’s hands were empty. Ackman ordered Juan to “turn around,” and Juan started to comply, putting his hands behind his back as though he would be handcuffed, and turning to the side. Ackman ran behind his patrol car and up along the passenger side of his car, still pointing his gun at Juan. Juan started walking toward Ackman with one arm high up on his back, and Ackman only said one thing, “stop.” He repeated that twice and then without warning, immediately shot Juan six times in rapid succession. Ackman shot Juan just 38 seconds after Juan exited his car. Before shooting Juan, Ackman only said three words to Juan: “turn around” and “stop.” Juan died in the hospital from gunshot wounds the following day. 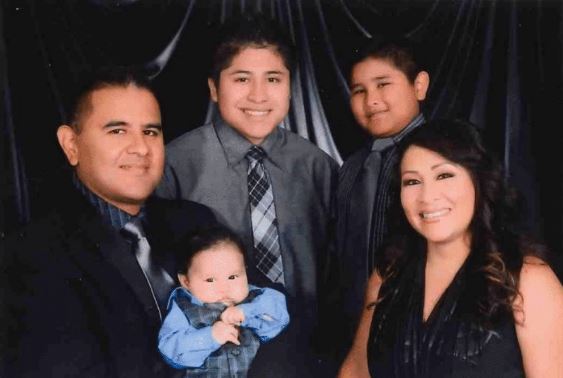 Days later, Napa County started pestering Juan’s family to view the video of the incident if they wanted to see it before the County released it to the media. While Juan’s family should have been left in peace to plan for Juan’s funeral, they had to try to find a lawyer to help them secure their rights. I met with Juan’s family and the County Sheriff and an attorney with the County Counsel’s office, and they showed us the brief excerpts of the video and presentation they had prepared to present to the media immediately after meeting with us. The bodycam video excerpt they provided is available here: https://www.youtube.com/watch?v=m7ecLBtcQiU

The Sheriff refused my request to see the dash-cam video from Ackman’s patrol car, which would clearly show Juan was not armed and his hands were empty. The Sheriff said that video was not relevant. I asked if Juan’s family could have me as their representative sit silently in the County’s press conference about Juan’s death, and the Sheriff and the County’s attorney refused. The County has refused to provide Juan’s family with the Coroner’s and autopsy report and autopsy photos to which the family are legally entitled. While the County has told the media that Juan’s blood alcohol level showed severe intoxication, the County has refused to provide us the toxicology report. The County Sheriff has instructed other entities, including the Napa Police Department, to refuse to provide us basic information about this incident. We know that multiple businesses in the area provided the County with surveillance video depicting the shooting, and the County has refused to release it. The excuse for this cover-up is that informing Juan’s family of the facts surrounding Juan’s death would impede the County’s investigation. But this was a thirty-eight second incident, recorded on multiple video sources, and the County has not identified a single witness. The real reason for this cover-up is to keep Juan’s family and the public in the dark, as long as possible, about this unjustified police shooting.

Members of Juan’s community have initiated a petition to demand transparency from the County and justice for Juan. You can sign the petition here:

Juan wasn’t a criminal. He was a deeply loved father of three children and life partner to Eva Lopez, and an adoring, sweet, gentle and funny son and brother. He devoted his professional life to feeding the people of Napa Valley at many noted restaurants. Juan had an alcohol problem, and he got lost while driving home after seeing some friends at a hotel who were evacuated from their home during wildfires. And he forgot to turn on his headlights. That’s it. And for that, he died.

By and large, police who unlawfully kill people are not criminally prosecuted. A prosecution is even more unlikely when the Napa County District Attorney is investigating one of her own County Sheriff’s sergeants, with whom she works hand-in-glove. The only people who will hold Ackman accountable for Juan’s death are his family.

Today, Juan’s family is taking the first steps toward accountability for Sergeant Ackman. We have filed their Government Code Tort Claim, which is a required precursor to the federal civil rights case we will file to vindicate Juan’s rights under our Constitution.

Juan’s youngest son is only seven years old. He and his two brothers lost their devoted father. Eva lost the love of her life, who she says was a “Gift from God” to her. Juan’s parents lost an adoring son, his siblings lost their brother, and the entire Napa community lost a beloved neighbor. Juan’s family is committed to obtaining justice for him.