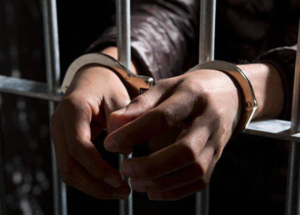 As of January 1, 2022, for the first time in California history, people will be able to bring claims under California law against police and custodial officers for malicious prosecution or for injuries to prisoners. Changes to the Tom Bane Civil Rights Act (Civ. Code, § 52.1) will remove immunities to such claims brought under the Act.

The Bane Act provides a private right of action for damages against any person who “interferes,” or “attempts to interfere by threat, intimidation, or coercion,” with the exercise or enjoyment of a constitutional or other right under California or federal law. (Civ. Code, § 52.1, subd. (b)–(c).) Public entities are vicariously liable for Bane Act violations. (See Gov. Code, § 815.2.) The California Supreme Court long ago explained that the Bane Act simply requires “an attempted or completed act of interference with a legal right, accompanied by a form of coercion.” (Jones v. Kmart Corp. (1998) 17 Cal.4th 329, 334.) Many if not all violations of fundamental rights could be so framed. (Venegas v. County of Los Angeles (2004) 32 Cal.4th 820, 850 (Baxter, J., concurring).)

California claims for false arrest and malicious prosecution will be more viable under the amended Bane Act. California has long recognized a claim for false arrest/false imprisonment against police for detention or arrest without probable cause up until arraignment. Other states permit claims for malicious prosecution against police who falsely accuse a person of a crime without probable cause, and with malice or for an improper purpose, leading to their prosecution and wrongful conviction. Historically, California claims against law enforcement officers for malicious prosecution were entirely barred by the prosecutorial immunity of Government Code section 821.6. (See Gillan v. City of San Marino (2007) 147 Cal.App.4th 1033, 1047.) The Bane Act was amended to provide that this prosecutorial immunity no longer applies to claims brought against any peace officer or custodial officer, or directly against a public entity that employs them. (Civ. Code § 52.1, subd. (n).)

By removing the bar to malicious prosecution claims, the amended Bane Act also expands the damages available for false arrest. In Asgari v. City of Los Angeles (1997) 15 Cal.4th 744, 748, the California Supreme Court had held that Government Code section 821.6 precludes a plaintiff in a false arrest action from recovering damages that are attributable to the period of the plaintiff’s incarceration that follows his or her arraignment on criminal charges. Now, damages for a false arrest should, for example, include the entire seven months the Asgari plaintiff spent in jail waiting for trial.

A Bane Act claim for false arrest should be framed as a violation of the Fourth Amendment (or article I, section 13 of the California Constitution) by threat, intimidation or coercion, or with reckless disregard for rights.

A Bane Act claim for malicious prosecution should be framed as a violation of the Fourth and/or Fourteenth Amendments (or article I, sections 7 and 17 of the California Constitution) by threat, intimidation or coercion, or with reckless disregard for rights.

Claims for injuries to prisoners and inmates have been substantially barred or limited by the immunities of Government Code section 821.6 (injury to prisoner) and 845.6 (failure to furnish or obtain medical care for a prisoner). The Bane Act was amended to provide that these immunities no longer apply to claims brought against any peace officer or custodial officer, or directly against a public entity that employs them. (Civ. Code, § 52.1, subd. (n).)

Now such claims, when brought under the Bane Act—usually for Fourteenth or Eighth Amendment (or article I, section 7 or 17 of the California Constitution) violations based on deliberate indifference to an inmate’s safety or medical needs—will be fully actionable. Courts have held that deliberate indifference to an inmate’s medical needs automatically satisfies the Bane Act’s coercion requirement. (M.H. v. County of Alameda (N.D. Cal. 2013) 90 F.Supp.3d 889, 899; see also Cornell v. City and County of San Francisco (2017) 17 Cal.App.5th 766, 802 fn. 31.)

Proponents of the 2021 Bane Act amendments had hoped to soften court interpretations that required a showing of specific intent to violate rights under certain circumstances, but were unsuccessful this time. Under the new law, a Bane Act claim can still be proven in two ways:

1. A plaintiff can prove a Bane Act claim by showing a violation of a right done with specific intent – i.e., with reckless disregard. In the leading case on unlawful arrest claims under the Bane Act, Cornell v. City and County of San Francisco (2017) 17 Cal.App.5th 766, the Court of Appeal clarified that “[n]othing in the text of the statute requires that the offending ‘threat, intimidation or coercion’ be ‘independent’ from the constitutional violation alleged.” Id., at 800. The court explained that specific intent to violate the right satisfies the coercion requirement. Whether defendants “understood they were acting unlawfully [is] not a requirement. Reckless disregard of the ‘right at issue’ is all that [is] necessary.” Id., at 804. Significantly, “reckless disregard” of rights is also the federal standard for punitive damages. (Dang v. Cross (9th Cir. 2005) 422 F.3d 800, 807.) It is also the standard for proving a Fourteenth Amendment claim for deliberate indifference to a pretrial detainee’s right to safety or medical care in jail. (Gordon v. County of Orange (9th Cir. 2018) 888 F.3d 1118, 1125.)

2. Alternatively, a plaintiff can prove a Bane Act claim by showing a violation of a right with general intent plus some threat, intimidation, or coercion in addition to, or as part of, the violation of the right. As the Cornell court explained, rookie police officer Bret Cornell, who was unlawfully arrested by fellow officers while he was jogging in Golden Gate Park, could show additional coercion by the fact that the defendants also pointed guns at him, or that they “doubled down” on the arrest after realizing that Cornell was a police officer, causing him to lose his job. (Cornell, supra, 17 Cal.App.5th at 804.) An unlawful arrest made with excessive force satisfies the Bane Act. (Bender v. County of Los Angeles (2013) 217 Cal.App.4th 968, 978; see also Simmons v. Superior Court (2016) 7 Cal.App.5th 1113, 1126 (multiple nonconsensual, roadside, body cavity searches in the course of lawful arrest satisfies Bane Act).)

Damages, Costs and Fees in a Bane Act Case

In addition to damages, successful plaintiffs may recover injunctive relief, including “to protect the peaceable exercise or enjoyment of the right or rights secured,” and “to eliminate a pattern or practice of conduct.” (Civ. Code, § 52.1 (c).)

Prevailing Bane Act plaintiffs are entitled to attorneys’ fees under Civil Code section 52.1(i), but not reasonable costs—those must be sought under the Code of Civil Procedure’s normal cost provisions. Attorneys’ fees can be significant when 42 U.S.C. § 1983 and Bane Act claims are brought together because, unlike federal law, California law encourages fee multipliers. (See Horsford v. Bd. of Trustees (2005) 132 Cal.App.4th 359, 394; Bender v. County of Los Angeles (2013) 217 Cal.App.4th 968, 988 (awarding 1.2 multiplier).)

The 2021 Bane Act Amendments, paired with a related provision in the same bill allowing for the decertification of rogue peace officers, includes a strong statement of legislative intent:

(f) … [T]he judicially created doctrine of qualified immunity in federal courts, and broad interpretations of California law immunities and restrictive views on the cause of action under the Tom Bane Civil Rights Act, too often lead to officers escaping accountability in civil courts, even when they have broken the law or violated the rights of members of the public. The civil court process should ensure that peace officers are treated fairly, but that they can be held accountable for violations of the law that harm others, especially the use of excessive force. (See Stats. 2021, ch. 409, § 2(f).)

It remains to be seen whether courts will heed this admonition.

© The Regents of the University of California, 2021. Unauthorized use and/or duplication of this material without express and written permission from this blog’s author and/or owner is strictly prohibited